Termination of Employment act of 1971

The crucial aspect of development of a country is provision of employment to the population. One could argue that when development comes the employment issue will be addressed. I believe the other way is true. If we keep on creating employment opportunities the people who get employed will create the demand for food, shelter, and later for more discretionary things. This demand created more production and hence more jobs.

Two of the Asia ’s best brains Lee Kwan and JRJ cannot be wrong. JRJ in 1977 said the country has 3 problems. No: 1 Employment, No: 2 Employment, No: 3 Employment. Similarly Lee Kwan created a disciplined workforce and allowed foreign investors to employ them on a hire and fire basis. This made investors to flock in to Singapore as the risk they assume is lessened as if the project or the investment goes bad they have the flexibility of disposing all factors of production including labour.

Asians I believe live by a recipe. To go to school, then to the university, thereafter to a job, then marry, have kids, build a house, etc etc. When the job is not forthcoming the marriage is delayed and sometime the sweetheart is married off by the parents to a person who has a job. The frustration that sets in makes the person hate the society. Its natural tendency the blame others to one’s faults and the government is the scapegoat here. The job is not forthcoming and he/she lost the sweetheart because of the ‘system’. This the kinds of youth the terrorist or revolutionary movements are focusing on. It is easy to convince a frustrated unemployed man to take a gun to his hand than a person who is busy in a job or raising a family. Moment the person has a gun in his hand he is powerful than the one that doesn’t. This is the reason that revolutionary or terrorist movements succeeded in the countries that practiced socialism or in countries that had high unemployment.

I personally cannot understand why JRJ opted to create a Free Trade Zone that had different labour rules, rather than repealing the Termination of Employment Act of 1971. If he either repealed it or make it not applicable for industries and companies formed after 1977 many jobs would have got created in the whole Island making even separatists movements ineffective. It is my belief that this Act has done more harm to Sri Lankan than any other.

While it is easy to hire people in Sri Lanka it is very difficult to get rid of them if the hired person is unproductive, disruptive or unwanted. This creates a major de-motivation to hiring or investing in Sri Lanka . How cautious of anyone acquiring anything if they knew to get rid of it f you don’t want it would be difficult? The termination of Employment Act of 1971 was introduced by a regime that believed the old notion that capitalists exploit the labour. The socialist thinking gave more powers to the labour than the person who is investing and taking all the risks.

Unfortunately in Sri Lanka there is a huge mismatch between the number of people who wants university places and the number available. This too adds to the woe that the number that comes to the job market before a degree is fairly large and there is no creation of job opportunities in the country. This along with the political notion that the government has to provide jobs to the graduates and also to non graduates is also puts the country in to a dilemma.

Other issue that is a direct result of the Termination of Employment Act 1971 is the productivity of people. Many who work in the western or developed world would know that whatever your position is there is a termination clause. If the company does not want your services they can give you 3 weeks or so notice or a cheque in lieu of notice. This make you fight hard and work hard to keep your job. Lack of risk of losing a job thanks to the Termination of employment Act of 1971 has made the people lethargic and they know that at the smallest excuse they could strike. This Act is perfect if the government can create all the jobs.

However when the government is the job supplier the people go behind politicians and we politicize the whole country. But let’s say the government gives jobs and make the public sector even heavier than now. How long can they do it?

In Sri Lanka until recently we had a Minister (s), a huge decentralized department, to look after the employed people while there was no ministry or a minister for unemployed people. Employing people in Sri Lanka could end one up in jail. So who wants to give employment in Sri Lankan unless you cannot do without?No sane employer will sack a good worker. He will pay anything and keep a good worker. But private sector employers cannot continue employing an unproductive worker. If he does his cost of production will go up. Other employees will also be affected. If he tries to get rid of the worker the labour department comes to the protection. Hence arguing that capitalist employers will exploit the workers is as silly as the west believing LTTE really care about the civilians. Workers are saints and the employers are the crooks is also similar to some people debating LTTE is saints and government is violating human rights. It’s a misinformation campaign (and leadership) given by the labour unionists and their leaders just like the LTTE Diaspora and leadership.

In 1977 there were few countries who wanted to attract investments to cerate employment. After the fall of Soviet empire now free market is practiced in almost all the countries. Then what is the motivation for someone to invest in Sri Lanka with rigid labour laws when so many other countries offer hire/fire capability for investments. Investors invest after assuming so many risks. They have to find markets to their products and compete with other producers, they have to lean and mean and reduce costs etc. If the venture doesn’t work out they should be able to sell the land, sell the equipment and fire the staff and move on. We need to give the flexibility to all factors of production including labour. This was proved by the Juki Machine operators. The people who learned the trade due to the relaxed labour rules in FTZ during 1977 etc became so much in demand and some were offering large salaries and benefits to attract them. (Until the Multi Fiber agreement expired). If a person starts to work even if his job goes after sometime he has gained knowledge and experience that make it easier for the net job than been unemployed for 10 years.

Hence I believe that Termination of employment Act 1971 is responsible for most of the ills of the country. It is responsible for;
(a) Lower level of job creation and frustration among the youth.
(b) Lower level of productivity and lethargy among the work force than the tiger economies.
(c) Lower level of demand due to low levels of employment which in turn reduce the employment creation.
(d) Further impact on job creation due to the lethargy and low productivity of people (including the number of holidays).
(e) High inflation due to government spending on salaries of state employees that too many and the money going out to the systems without creating a production or a service. (When the money supply goes up without increasing the production then the inflation goes up).
(f) Insurrections in the country and feeding youth to support or participate in the insurrections due to their frustration.


Immediately after the war is over the country should create jobs for the youth to develop the country. If the jobs are not created then within 5-6 years there will be a large unemployed workforce. The current government after the war can put the country on a development footing stating that Sri Lanka has 30 years to catch up.

My advice to the President is;

(b) To make creation of employment the priority of the government for next 3 years and seta target of creating 1 million new jobs.

(d) Encourage small, medium, large business people to employ others giving them the assurance that they could terminate if they are not performing a good job.

(f) Give wide publicity in BOI literature and foreign outlets to attract the investors.As the currently employed people will continue to enjoy the ‘protection’ of the Act they cannot find fault wit the government. The government is purely concerned about the unemployed and it is encouraging the people to employ the unemployed.

(a) The employers or investors will hire without fear that if the employees are unproductive or are not wanted they can be terminated.
(b) The people who get employed will work their heart off to keep the jobs and that will result in higher productivity and more investors coming this way.
(c) As no employer wants to sack a good employee, they will be paid higher and get better benefits.
(d) Even the ones who get terminated will use the experience and exposure gained to get another job as he/she is better prepared than a person who was unemployed throughout.

Lets hope the advisors or MR would have the courage to make this crucial change to the country, and sell it to people well so that people who wants to distract and wants the unemployment and frustration of youth to continue to ‘fish in troubled waters’ do not use this to discredit the brave politicians who wants to do god to the country.
Posted by ඉයන් at 7:10 PM

Email ThisBlogThis!Share to TwitterShare to FacebookShare to Pinterest
Labels: Generation of Employment 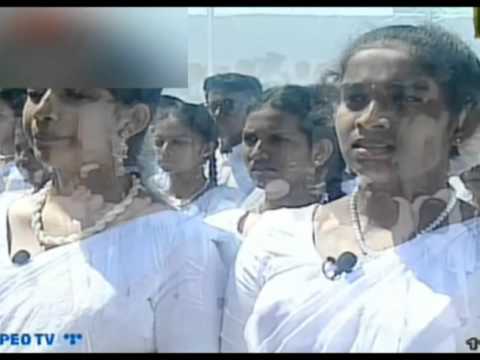