(a) Sri Lanka as a state having to spend billions to quell the terrorism.
(b) Sri Lanka having to finance the services such as education and health etc. in the north and the east for 30 years when it was under LTTE control, while there was no tax collection from the said areas.
(c) Irreversible impact on the Sri Lankan economy due to much reduced investments and low employment creation due to the war for 3 decades.
(d) The untold sufferings of the Tamil population under LTTE control.
(e) Massive impact on the life of civilians in other parts of Sri Lanka including the impact due to bombs etc.
(f) The massive costs Sri Lanka now have to foot to reconstruct the infrastructure that was ravaged by the war.

The financing of LTTE and its fronts had beneficiaries too. They were

(a) LTTE hierarchy who benefited from the funds such as Selvarasa Pathmanathan.
(b) The LTTE supporters that managed get refugee status and citizenship in the western countries ‘selling’ the war.

Some of the fronts of LTTE such as TRO were banned in the recent past by the western governments. With the bans some of the funds were also frozen. The changing of the tune by KP and the remaining LTTE fronts to show that they were ‘victims’ against a ‘genocide’ and they are now willing to do anything the west wants could be a ruse to get the bans on LTTE and its fronts lifted. Lifting of the ban will give them the access to the frozen funds for their use and also possibly to recommence the terrorism and other operations.

Sri Lanka should formulate a task force of lawyers locally and internationally to seek the funds of LTTE and its front organizations to the SL coffers, before the now sympathetic western governments lift the ban on the LTTE and related terrorist front organizations. Sri Lankan should seek these funds to use to develop the infrastructure that was damaged or ruined by LTTE in the north and in the east by fighting a war that was directly financed by the fundraising organizations such as TRO. GOSL can use the funds for the direct benefit of the civilians rescued. Thanks to LTTE many of these civilians were left with only the cloths in couple of suitcases. There are enough precedents for such a move to use the funds of the killers to compensate the victims.

If the bans of LTTE and fronts are lifted and the funds frozen released to the LTTE fronts they will have a head start for the ealam war 6 that will ruin the prospects of the civilians to start a fresh life in the north and the east. On the other hand if the funds are used for the benefit of the civilians they could have a better life style now onwards than they would otherwise if GOSL is to depend solely on the funds that are available to them. Over to you the patriotic legal luminaries in Sri Lanka and overseas to explore this as soon as possible.
Posted by ඉයන් at 6:11 AM 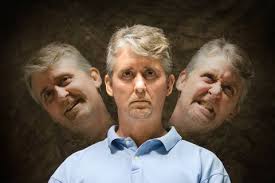